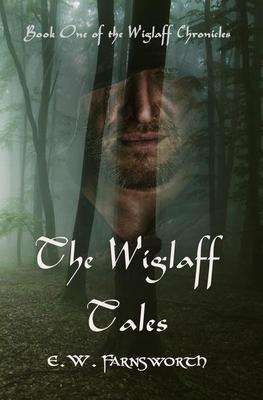 See more by E. W. Farnsworth
Get it now

E. W. Farnsworth lives and writes in Arizona. Over two hundred fifty of his short stories were published at a variety of venues from London to Hong Kong in the period 2014 through 2018.

Published by Zimbell House in 2016 and 2017 were Farnsworth’s Pirate Tales, John Fulghum Mysteries, Volumes II, III, IV and V, Baro Xaimos: A Novel of the Gypsy Holocaust, The Black Marble Griffon and Other Disturbing Tales, Among Waterfowl and Other Entertainments and Fantasy, Myth and Fairy Tales.

Published by Audio Arcadia in 2016 were DarkFire at the Edge of Time, Farnsworth’s collection of visionary science fiction stories, Nightworld, A Novel of Virtual Reality, and two collections of stories, The Black Arts and Black Secrets. Also published by Audio Arcadia in 2017 were Odd Angles on the 1950s, The Otio in Negotio: The Comical Accidence of Business and DarkFire Continuum: Science Fiction Stories of the Apocalypse. In 2018 Audio Arcadia released A Selection of Stories by E. W. Farnsworth.

Farnsworth’s Dead Cat Bounce, an Inspector Allhoff novel, appeared in 2016 from Pro Se Productions, which will also publish his Desert Sun, Red Blood, Volume II, The Secret Adventures of Agents Salamander and Crow and a series of three Al Katana superhero novels in 2017 and 2018.

E. W. Farnsworth is now working on an epic poem, The Voyage of the Spaceship Arcturus, about the future of humankind when humans, avatars and artificial intelligence must work together to instantiate a second Eden after the Chaos Wars bring an end to life on Earth.