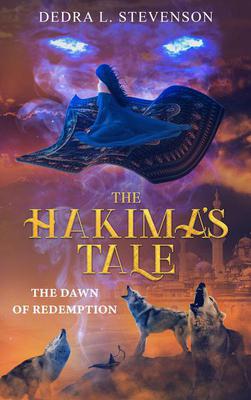 The Dawn of Redemption

See more by Dedra L. Stevenson
Get it now

Dedra L. Stevenson is the author of The Hakima’s Tale trilogy, Desert Magnolia, The Skinwalker: Resurrection, Antar and Haider, and Tales of the Lantern.  Additionally, she’s the Executive Producer of an award-winning short documentary, Lemonade, about the trials of caring for an adult with Autism in the UAE.

She’s worked as an Instructor of Media Studies at Zayed University for 5 years and was the Co-Founder of Women in Film and Television in UAE.  Her publishing imprint, Blue Jinni Media, is an emerging brand for many types of content, including Audio Books, EBooks, Paperback, Podcast, and Films.  Together with her partner, Rodney W. Harper, she’s producing Lore Hunters, a podcast exploring world folklore tales and experiences.

Her film, Lemonade, is receiving international attention, has won two awards for Directing and Producing, and had sparked many other Autism awareness campaigns and care programs to begin. She’s the mother of 4 children, holds writing workshops at schools throughout the UAE, and reports that she’s yet to produce a feature film, so that’s on her list as she’s now writing a feature-length screenplay based on her first horror novel, The Skinwalker: Resurrection. Additionally, she's the Co-Executive Producer, Writer, and Co-Director of an upcoming Feature Documentary, Just a Girl, expected to release by the end of 2018.

She’s got a series of children’s books that will be coming out soon, The Magic Carpet Series, for very young readers, an international Cookbook called Breaking Bread Around the World, and a prequel to The Hakima’s Tale, called Iretunaar: The Blue Fire of the Desert

Breaking Bread Around the World (E book version) is available now via a wide variety of online stores, and the print version is going to be available around mid June.

You can follow her via any of her social media networks: