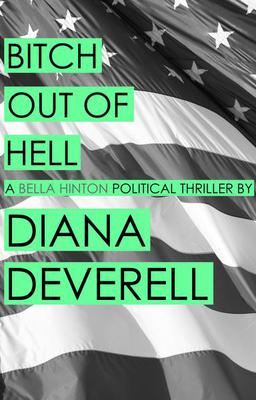 Bitch Out of Hell

See more by Diana Deverell
Get it now

A native Oregonian, Diana Deverell was a US Foreign Service Officer and served in Washington DC, San Salvador, and Warsaw, before she moved to rural Denmark to write fulltime. She debuted as a published writer in 1998 with 12 Drummers Drumming, her first international thriller.

Her latest release is Lay Bare the Lie, the sixth book in the Nora Dockson legal thriller series, featuring a woman ex-con turned appeals lawyer. The first five books in order are Help Me Nora, Right the Wrong, Hear My Plea, Judge Me Not, and Open the Door. “Mercy Find Me”, a story spun off the series, was a finalist for the 2019 Derringer Award for short mystery fiction and is now available as an ebook short story.

Diana debuted as a published writer in 1998 with 12 Drummers Drumming, her first international thriller. The latest thriller in the series is China Box. The four-book series spans seventeen years in the career of her heroine, State Department intelligence analyst Casey Collins.

Diana has also written the political thriller Bitch Out of Hell starring security pro Bella Hinton and told in Bella’s own salty words. Bella is the heroine of “Payback is a Bitch,” named by Otto Penzler as a distinguished mystery story of 2018. Before shining in stories of her own, Bella played a supporting role in several international thrillers taking place from the Cold War to the present.

Diana’s published short fiction includes seventeen stories starring FBI Special Agent Dawna Shepherd. All are available as ebook short stories. Dawna’s early adventures are collected in Run & Gun: A Dozen Tales of Girls with Guns and she plays a supporting role in Bitch Out of Hell and three international thrillers.