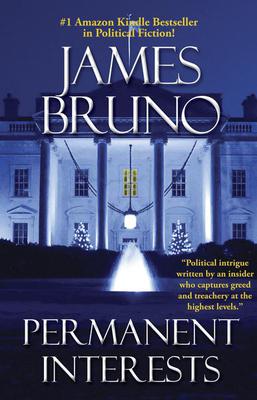 See more by James Bruno
Get it now

James Bruno is the author of three bestselling political thrillers. He has been featured on NBC's Today Show, SiriusXM Radio, in The Washington Post, Christian Science Monitor, Huffington Post, and other national and international media. His spy-mob thriller PERMANENT INTERESTS and CHASM, a thriller about war criminals, have landed simultaneously on three Amazon Kindle Bestseller lists, including #1 in Political Fiction and #1 in Spy Stories. They were joined by TRIBE, a political thriller centered on Afghanistan. HAVANA QUEEN, an espionage thriller set in Cuba, is now out. THE FOREIGN CIRCUS, a book of satirical essays on U.S. foreign policy will be released in early 2014. Mr. Bruno is a contributor to POLITICO Magazine and an instructor at ThrillerFest.

Mr. Bruno served as a diplomat with the U.S. Department of State for twenty-three years and currently is a member of the Diplomatic Readiness Reserve, subject to worldwide duty on short notice. Mr. Bruno holds M.A. degrees from the U.S. Naval War College and Columbia University, and a B.A. from George Washington University.

His assignments have included Cuba, Guantanamo Naval Base (as liaison with the Cuban military), Pakistan/Afghanistan, Vietnam, Cambodia and Washington, DC. He has spent ample time at the White House and has served in a Secret Service presidential protection detail overseas. He also knows the Pentagon, CIA and other foreign affairs agencies well.

The author is honored to have been denounced by name recently by the Castro propaganda machine for his latest thriller, "Havana Queen."

Based on his experiences, James Bruno's novels possess an authenticity rarely matched in the political thriller genre. His political commentary in POLITICO has won national and international attention. If you like taut, suspense-filled thrillers written by someone who has actually been at the center of the action, read James Bruno's books. You will not be disappointed!