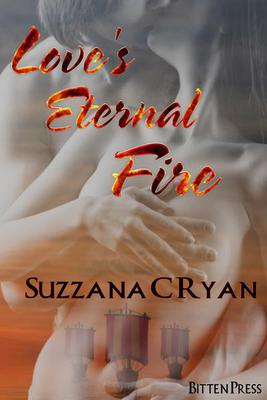 See more by Suzzana C Ryan
Get it now

Suzzana C. Ryan started reading at the early age of four. That begun her journey, she read everything she could get her hands on. From the beginning, she had a very active imagination. By twelve, her sexual fantasies began, benign of course for a twelve year old. At fifteen she wrote her first romance story and her high school years were never the same. She wrote countless poems and English teachers reveled in her ability to appreciate the art. Her eleventh grade English teacher told her she could get an ant through a snowstorm with her writing. She never quite understood what the woman was trying to tell her, but she never forgot those words.

Come take a journey with her, enter her world, a world of unbridled pleasures, with men and women who aren’t afraid to experience it all, whether they are human or not. Take the plunge, delve, enjoy and read what she dares to write. You will want more.