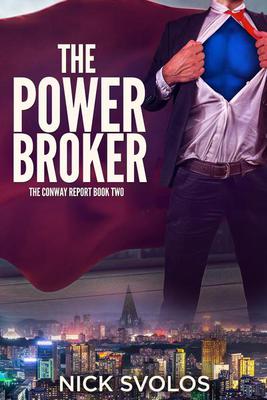 See more by Nick Svolos
Get it now

Nick dropped out of high school in his senior year, joined the Navy and spent the next several years sailing around the western Pacific on the USS Enterprise. Upon discharge, he worked as an electro-mechanical engineer on X-Ray equipment, sheet metal fabrication tools and label applicators before getting his G.E.D. and going back to school to learn software development. While working nights and going to school during the days, he found a side gig, earning beer money by writing game reviews for the long-gone magazine Computer Strategy Games. Against all odds, he wound up with a Bachelors Degree in Computer Science in 1995.

He spent over twenty years as an IT professional, developing, deploying and integrating a wide range of software products in the Project Management and Business Intelligence spaces. After his most recent job ended in a layoff, he decided to take a timeout and indulge the voices in his head by writing a novel. Now, he ekes out a living as a freelance web developer and spends the rest of his time writing about the stuff he loves, namely, mysteries involving superheroes and orks.

He lives in Crescent City, CA, with the lovely and violent Charlotte, their youngest son, Tommy, and a couple of layabout cats, Sprocket and Daphne. Everyone in the house is an avid gamer, and their home often resounds to the sound of tumbling dice. The cats prefer games involving small birds, but they’re more than happy to take a whack at a d20 if they get a chance.