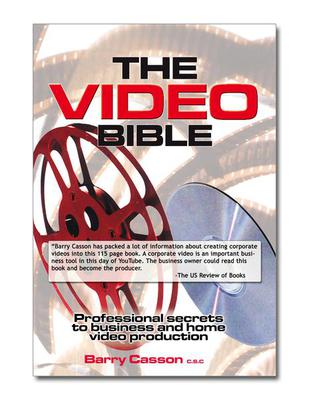 See more by Barry Casson
Get it now

Barry Casson's career in film and television begin in the early seventies when he worked as a freelance and staff news photographer for several Vancouver Island newspapers.

Prior to this time Barry had a successful career as a show band drummer touring England and Europe in the backup band for Chuck Berry,  Bo Diddley and the Drifters. More recently he has been inducted in Victoria’s Rock n Roll Hall of Fame.

He took his formal film training at Columbia College in Hollywood.  Upon returning to Victoria, he joined the staff of BCTV’s CHEK Television where he served as a news cameraman for the next 9 years.

He has received dozens of national and international awards for his work and is a distinguished member of the Canadian Society of Cinematographers.

More recently Barry has authored the book “The Video Bible” currently used by a number of colleges and high schools’ for their media programs.