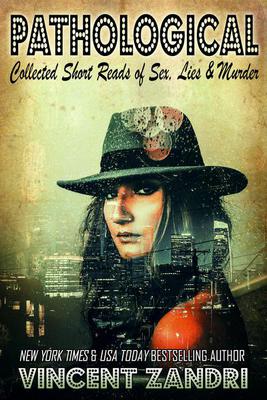 See more by Vincent Zandri
ALL
EBOOK
AUDIOBOOK
Get it now

Winner of the 2015 PWA Shamus Award and the 2015 ITW Thriller Award for Best Original Paperback Novel for MOONLIGHT WEEPS, Vincent Zandri is the NEW YORK TIMES, USA TODAY, and AMAZON KINDLE No.1 bestselling author of more than 25 novels including THE REMAINS, EVERYTHING BURNS, ORCHARD GROVE and THE CORRUPTIONS. He is also the author of numerous Amazon bestselling digital shorts, PATHOLOGICAL and DOG DAY MOONLIGHT among them. Harlan Coben has described THE INNOCENT (formerly As Catch Can) as "...gritty, fast-paced, lyrical and haunting," while the New York Post called it "Sensational...Masterful...Brilliant!" Zandri's list of domestic publishers include Delacorte, Dell, Down & Out Books, Thomas & Mercer, and Polis Books. An MFA in Writing graduate of Vermont College, Zandri's work is translated in the Dutch, Russian, French, Italian, and Japanese. Recently, Zandri was the subject of a major feature by the New York Times. He has also made appearances on Bloomberg TV and FOX news. In December 2014, Suspense Magazine named Zandri's, THE SHROUD KEY, as one of the "Best Books of 2014." Recently, Suspense Magazine selected WHEN SHADOWS COME as one of the "Best Books of 2016". A freelance photo-journalist and the author of the popular "lit blog," The Vincent Zandri Vox, Zandri has written for Living Ready Magazine, RT, New York Newsday, Hudson Valley Magazine, The Times Union (Albany), Game & Fish Magazine, and many more. He lives in Albany, New York. For more go to WWW.VINCENTZANDRI.COM