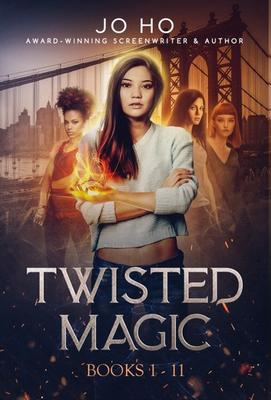 See more by Jo Ho
Get it now

A self-taught screenwriter who learnt the craft when she locked herself in her room and binge watched studied her favorite genre movies and television shows, Jo’s writing life began in film and television, when she created the ground-breaking, critically acclaimed CBBC action fantasy television series, SPIRIT WARRIORS, which introduced leading actress, Jessica Henwick (GAME OF THRONES, STAR WARS: THE FORCE AWAKES, and the upcoming Marvel/Netflix show, IRON FIST) to the screen.  Granted the biggest budget ever given to a CBBC show at the time, it was nominated for Best Children’s Programme at the 2011 Broadcast Awards, with Jo herself, going on to win the Women in Film & Television’s, New Talent Award in 2010.

Since then, Jo has worked with some of the most acclaimed producers in the world, creating big budget projects with even bigger ideas, with several television shows and movies currently in development including supernatural horror, BLOODLINES, and family fantasy, THE MAGIC PAINTBRUSH.

WANTED, is Jo’s first foray into book writing.  Next up, she will be working on WHAT DOESN’T KILL YOU, book 1 of the YA supernatural series, TWISTED, where we’ll be introduced to four outcast girls who discover they command some super dark powers.

A self-confessed geek and video gamer, and champion of female driven stories, Jo lives in London and hopes one day to travel across America in a super kitted out, Zombie-apocalypse-ready RV, with her lovely fella, Matt, and three equally lovely kitties.

For anything else, you can email her at info@johoscribe.com