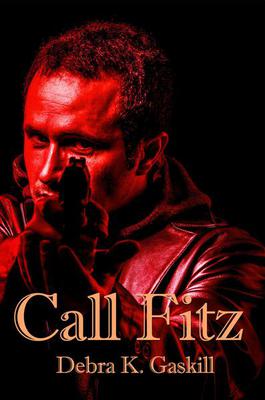 See more by Debra Gaskill
Get it now

Debra Gaskill is the former managing editor of the Washington Court House (Ohio) Record Herald, which earned two Associated Press General Excellence awards during her tenure. She has been an award-winning journalist for 20 years, writing for a number of Ohio newspapers covering the cops and courts beat, and the Associated Press, covering any stories thrown her way.

Gaskill brings her knowledge of newspapers to her Jubilant Falls series. The mysteries 'Barn Burner' (2009), 'The Major's Wife' (2010), 'Lethal Little Lies' (2013), 'Murder on the Lunatic Fringe' (2014) and 'Death of A High Maintenance Blonde' (2014) all center around crimes committed in the fictional small town Jubilant Falls, Ohio, and often center around the damage family secrets can do. 'The Major's Wife' received honorable mention in the 2011 Writer's Digest Self-Published Book Awards and 'Barn Burner' was a finalist for the Silver Falchion Award at Killer Nashville..

Her next book 'Call Fitz' (2015), featuring the private investigator Niccolo Fitzhugh, brings her cops and courts experience together in a mystery that "creates complex characters and places them in real settings" according to customer reviews on Amazon.com.

Gaskill has an associates degree in liberal arts from Thomas Nelson Community College in Hampton, Va., a bachelor's degree in English and journalism from Wittenberg University and a master of fine arts in creative writing from Antioch University, Yellow Springs.

She and her husband Greg, a retired U.S. Air Force Lieutenant Colonel, have two children and two grandchildren. They raise llamas and alpacas on their farm in Enon, Ohio.

She blogs about her llamas, her writing and love of all things fiber on her blog, A Weaver of Tales, A Spinner of Yarns, at www.debragaskill.wordpress.com. You can also connect with her on Facebook and Twitter.