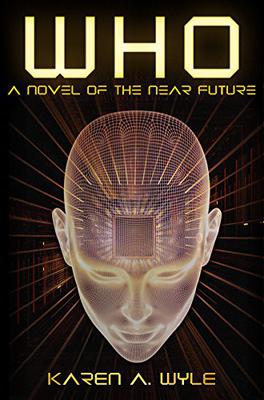 Who: A Novel of the Near Future

See more by Karen A. Wyle
Get it now

Karen A. Wyle was born a Connecticut Yankee, but eventually settled in Bloomington, Indiana, home of Indiana University. She now considers herself a Hoosier.

Wyle's childhood ambition was to be the youngest ever published novelist. While writing her first novel at age ten, she was mortified to learn that some British upstart had beaten her to the goal at age nine. After attempting poetry and short stories, she put aside her authorial ambitions and ended up in law school. There, to her surprise, she learned how to write with ease and in quantity. This ability served her well when, after decades of life experience, she returned to writing fiction.

Wyle is an appellate attorney, photographer, political junkie, and mother of two wildly creative daughters. (It was, in fact, her elder daughter who led her back to writing novels, by participating in National Novel Writing Month in 2009. In 2010, Wyle joined her in that pursuit.)

Wyle’s voice is the product of almost five decades of reading both literary and genre fiction. It is no doubt also influenced, although she hopes not fatally tainted, by her years of law practice. Her personal history has led her to focus on often-intertwined themes of family, communication, the impossibility of controlling events, and the persistence of unfinished business.

In 2015, Wyle brought together her careers as a lawyer and an author to produce a fairly massive reference work, Closest to the Fire: A Writer’s Guide to Law and Lawyers. While initially intended to entice her fellow writers into exploring the many dramatic possibilities awaiting in the legal landscape, it can also be a useful resource for law students, students in general, or anyone who would like to know more about the surrounding legal environment.