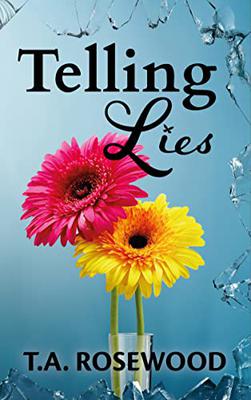 See more by T.A. Rosewood
ALL
EBOOK
PRINT
Get it now

Traci, who writes under the name, T.A. Rosewood, wrote her first short story when she was just thirteen years old, which was called, Look’s Aren’t Everything. During a GCSE English exam, Traci had to write a 2-page short story; but couldn’t stop, once she’d started writing, and was marked down for that English exam.
​​​​​​​In her twenties, Traci began writing and publishing poetry but had to stop writing as her family and children grew.

Almost two decades later, she was inspired to write again, when she met bestselling author Jojo Moyes at the open evening of Harts Books in Saffron Walden, Essex. Traci and her husband went along to show their support for the new book shop in town and listened intently as Jojo Moyes described how it felt when her bestselling book Me Before You was turned into a Hollywood Film. At that precise moment, Traci was inspired, she turned to her husband and said: “I’m going to start writing again”.

Jojo Moyes addressing the audience at Hart’s Books Opening. That evening, she couldn’t sleep for excitement, but came up with a fictional storyline for Reasonable Lies, which would highlight a sensitive women’s health issue. Sadly, one month into writing her novel, Traci’s mum, Pauline, was diagnosed with the same disease as the lead character in Reasonable Lies, which put an immediate stop to her writing, as it was just too painful to continue. Thankfully, after two operations and eighteen months of treatment, her mum was given the all clear, and she then encouraged Traci to continue with writing her book giving her more information to help with the book.

​​​​​​​In October of 2019, Traci and her Husband, Leonardo, attended the Harts Books ‘Meet the Author’ Event, to hear Jojo Moyes talk about her latest book, The Giver of Stars. During questions, Leonardo raised his hand to thank both Jojo Moyes and Harts Books, explaining how Traci was inspired to write her first novel from Jojo’s first visit. JoJo was first to applaud, leading to a round of applause from the audience, which then kick-started lots of follows on social media, requests from local book clubs wanting to read Traci’s book, and subsequently, lots of pre-orders for her first book, Reasonable Lies.