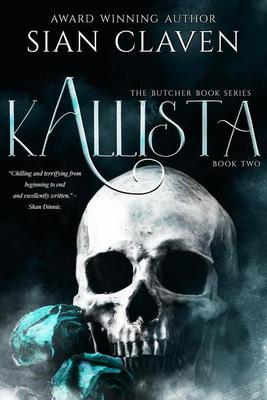 See more by Sian B. Claven
Get it now

Known as the International Bestselling, Award-winning Author of horrific old-school terror titles such as Buried and the Asylum Series, Sian B. Claven brings back a nostalgic telling of creepy tales.

Aiming high, this misleadingly bubbly author terrifies her fans with tales of ghosts, murderers, and demonic possessions as though handing out candy to children, all while expanding her releases from her first young adult horror in 2017 to her more recent explicit demonic occult horror in 2021.

With an on the edge of your seat series, Claven enthralled her readers with her Butcher series, surprising them with a fourth and now final book in the series in 2021 as part of the Notorious Mind’s Boxset, along with Shh, which were both part of the Soul’s Day Boxset which made her an International Bestselling Author.

Claven also dabbles in the Science-Fiction Space Adventure genre, having republished her Spacehiker Adventure Series – Unlikely Hero with an updated cover and storyline after receiving criticism about the book’s length. Claven looks forward to expanding this universe.

Further challenging herself, Claven also tackled writing a paranormal romance series, the first of which released as part of the Possessed by Passion boxset in March 2021. The series will continue, and Claven looks forward to exploring this new world.

Born in Southern Africa, Claven resides in Johannesburg, where she grew up with a vivid imagination and has been writing for as long as she can remember. When she was not immersing herself in books, she created her own worlds, both by herself and with her friends.

After her sister immigrated in 2017, Claven wrote and published her first book and has been on an amazing journey ever since.

Claven is an avid Harry Potter and Star Wars fan, Funko Pop Collector, 3d Puzzle builder, Diamon Art painter, and studying addict. She also has a penchant for Lego. She resides with her two best friends, their six dogs, and two cats.