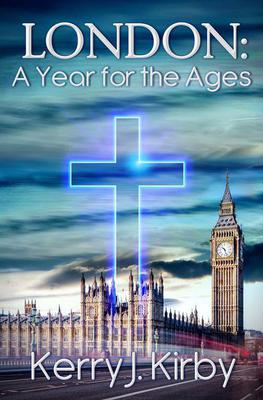 London:A Year For The Ages

See more by Kerry Kirby
Get it now

I was born in Alabama in 1964. I have two brothers the oldest Herb is 10 years older and Bobby three.

My dad was a sportswriter. He died when I was nine covering the Alabama versus Notre Dame Championship game. He managed to finish his story before collapsing.

My mom worked hard to take care of us and raise us. Herb and my Grandmother helped out.

My  mom remarried when I was 13 and we moved to Cullman, Alabama.  I graduated from West Point Hgh in 1982.

Academically,  I have two Master Degrees in Science and Education and Bachelor Degrees in Biology and Journalism.

I studied a year abroad in London and loved it.  I was 20, it was my first real time away from home.

After that I arrived back to finish my Biology Degree. I mainly worked writing sports like my dad. So, I went to Journalism School at UAB. I worked with the basketball program and learned coaching and how to scout. I started my own scouting service. I also started coaching kids and helping kids from all over the State get scholarships.

After grad school,I became a Junior College Assistant and Instructor.

A few years later, I helped a former player get into NBA Draft Camps. The next thing I know I am working and directing pro camps.

That led to coaching a Goodwill Tour to Chin. I was then offered a pro contract in England and took my team to the Play Offs with the help of the two Americans that I brought in to play.  I then went to Ireland and Jerusalem  before an accident damaged my knee and sent me home.

I had a heart attack 18 months later. That has led to diabetes setbacks and congestive heart failure.  However, it was a blessing. because my mom needed my help. .

I always have studied the Bible and taught Sunday School and I still do. I have read my Bible every day since I was in London in 1985 to present and still learn something new every day.

I decided to start writing about my amazing adventures and also tell how God has blessed me through it all. My  life has has been a great journey ever since. I am truly blessed. I plan to write about my basketball adventures next.