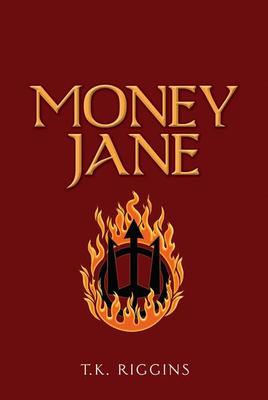 See more by T.K. Riggins
Get it now

T.K. Riggins started writing because of a dare. His friend was searching for something new to read, and after coming up empty handed, challenged Riggins to take action. Instead of recommending a book, he decided to pen a story of his own.

He shared an experience from his past, where he witnessed a cattle farmer deal with fetus malposition. The farmer was able to reach inside the cow, turn the calf around in the womb, and reorient the birthing position. With a little bit of tugging, some questionable language, and a healthy dose of faith, the calf entered the world and took its first breath with ease.

Growing up in the city, Riggins thought he witnessed a miracle. The calf was struggling and was surely dead, but with the help of the farmer it was alive and well. Riggins turned this day on the farm into a fantasy story by replacing the cow with a flying lion, and the miracle work of the farmer into a tale of magic, because the experience was magical to him.

His audience loved the story, so Riggins was obligated to make more. Instead of focusing on just the farm, he used other aspects of his life to create a world involving the physical strength of a warrior, the intellectual prowess of a scholar, and the passionate magic of a wizard. After a while, he had a whole book!

Although he doesn’t have a typical writer’s background in Literature or Education, his BSc in Mechanical Engineering helps him innovate, problem solve, and attack his series with a fresh perspective. He’s able to take a classic fantasy setting and add a modern twist, creating a world and story of his own.

T.K. Riggins is the Chanticleer OZMA award-winning author of the fantasy novel How To Set The World On Fire. Originally from the Midwest, he now lives on the Canadian west coast, where he enjoys hiking the path less traveled, swimming against the current, and continuously pushing the boundaries.