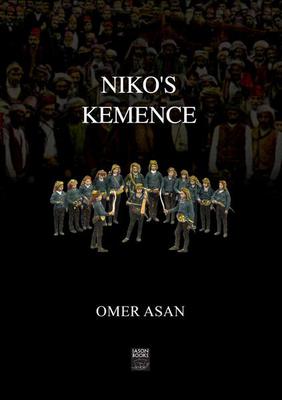 See more by Omer Asan
Get it now

Omer Asan is a well-known author in Turkey, who has appeared before the Istanbul State Security Court on charges of ‘writings aimed at breaking state unity’.  He is an honorary member of English PEN.

Asan was born in 1961, in Of, in the district of Trabzon, on the Black Sea coast.  This is an area with a strong Islamic tradition which is also home to people who speak and understand Pontian, which is the oldest surviving dialect of Greek.  His own grandparents spoke to each other in this language.

He was trained as an economist, but in the 1980s he became interested in his cultural identity and started researching the Pontian language and culture.  This resulted in a book called Pontos Kulturu (The Culture of the Pontos), which was published in Turkey in 1996. The book was extremely well received, both generally and by academics. Peter Mackridge, Professor of Modern Greek at Oxford University, says that the book is ‘a remarkable account of the history and culture of the region’. The book went to a second printing, and was also printed in Greece, but at the end of 2001 conservative Islamic groups succeeded in their campaign to present Asan as a traitor and a ‘friend of Greece’.In January 2002, the State Security Court in Istanbul ordered all copies of the book to be withdrawn and then indicted Asan in a civil court on charges of ‘separatist propaganda’.

Asan could have faced up to 4 years in jail, but in September 2003, he was acquitted as a result of the abolition of Article 8 of the Anti-Terror Law.

The short stories published in Turkey in 2005 under the title ‘Niko’s Kemences represent Omer Asan’s exploration of the issues around identity and culture. He published this book in Greek language in 2016.

He established Heyamola Publishing in 2005 and published nearly 400 books until this time.

He directed and produced a documentary in 2010 whose name is “Exchange”.

He initiated Novel Heroes Istanbul Literature Festival in 2012. The 3rd festival was held in 2018.

He established a dictionary and social networking site whose name is www.novelheroes.com in 2018. He wants to bring together all literature lovers all around the world.