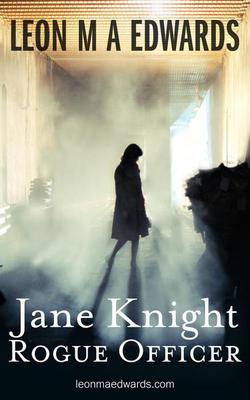 See more by Leon M A Edwards
Get it now

Leon was born on Friday 24 January 1975 as a fraternal twin, at Southampton General Hospital.  He was born into a family of five children.

Leon had no aspiration to become a writer until he reached the age of forty-one.  His original dreams before choosing a sensible job was an actor.  He was obsessed with black and white cowboy films and eventually Star Wars  A New Hope.  He watched it over a hundred times wearing out the VHS tape.

However he dreamed about making up stories from the age of around ten.

When he was at the age to decide on a job, he originally chose to study hotel and catering to become a chef.  It was to either work abroad on a millionaire yacht or manage a five star hotel.  He studied at Eastleigh College in Hampshire.

That was quashed when he realised it was not for him.  He ended up going to the college library and browse an encyclopaedia book on every job you could think of.  He found the idea of becoming an accountant.  He went on to study at Bournemouth University in Dorset.

Once he graduated, it did not put him off and his first job was for a chemical company in Fawley, Totton in Hampshire.  He worked there for five years then changed jobs to work for a waste disposal company across the road from his first job on the same industrial site.

He was made redundant a year later and after three months of struggling for employment, he became self employed.

He still has about two hundred clients he does work for, while he now writes his novels.

Leon is currently living in Milton Keynes with his wife Andrea Edwards and they have a beautiful daughter named Alina born in 2017.

His first novel is Jane Knight – Rogue officer which is to be one of five series.  He started drafting his book back in January 2017 as a new years resolution.  It has taken him a year and a half to complete it and get it self-published.

His book and his future novels are based around what his childhood was like growing up and being an ethnic minority in a small quaint little town called Romsey in Hampshire.  His first novel and future novels touch on bullying and depression.  The topics are seen through the eyes of his fictional characters and story plots