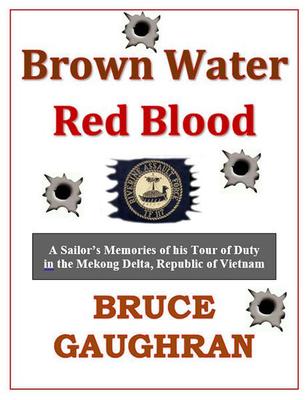 See more by Bruce Gaughran
Get it now

Who is Bruce Gaughran?

A. "River Rat"
B. Retired business professional with too much time on his hands
C. 'Survivor' of SERE training
D. Published author who has written  fiction and non-fiction stories for over twenty years
E. All of the above (and so much more)

​​​​​​​Answer: If you answered 'All of the Above', you are correct. And each has stories to be told.

Sci-Fi Thriller
2074 - In the late-2020s, Global Warming became a reality. As food and water supplies diminished, starvation, disease and death flourished. Everyone demanded answers. When they did not come, civil unrest, political wrangling, and regional skirmishes wreaked havoc across the earth. Eventually, world leaders agreed upon a solution. Some must die so that others can live. DESISTANCE - It sounds so simple and logical—until it is your turn. In ten days, I will cease to exist.

The Parthinian Chronicles - Epic Fantasy
Staff of Rhah - Before completing his Wizard of the Word training, Tippallo has one final test. He must go through the Rite of Passage. Many wizards have challenged the Dark Lord in the past and all have failed. Yet, none before carried the Staff of Rhah. Originally published as two novellas, Banished and Prophecy were merged into the Staff of Rhah in May 2017.

And, a non-fiction and a fiction work...
Brown Water Red Blood - Novella - is  Bruce's experiences in the Mobile Riverine Force, Mekong Delta of Vietnam as well as four other service related stories.

Trouble - Novella - Justin Seaborne is a good man. He is also a troubled man because he lost his way. Complicating the situation is a past that haunts him every day. In “The Omega Factor,” Justin is going through another personal meltdown when an international crisis occurs. With disaster looming for the Northeastern seaboard, can he shed old ghosts, and with them, the albatross hanging around his neck? In “Special K is not a Cereal,” Justin wakes up in an alley reeking of booze. When the police arrest him for the murder of two close friends, no one believes in his innocence. The evidence is overwhelming. How can he prove his innocence if he doesn’t remember what happened?
Trouble has been adapted for the stage and was performed in February 2016 by the Marshall Area Stage Company. Read about it here.

Published short stories and poetry include:

Several of his stories and poetry have been published in magazines and newspapers including Living and Dying at the Sam's Club, Almost Perfect, A Patriot Found His Home, The Age of Innocence, Next Stop Las Vegas, A Cat’s Tale, The Nine Stages and Will I Ever Find Some Peace.

Bruce lives in northern Georgia, is a member of the Chattanooga Writers Guild, and leads the North Georgia Writers Group. He is currently writing Shattered Lives. It is the story of the Treblinka - The Nazi Death Camp.