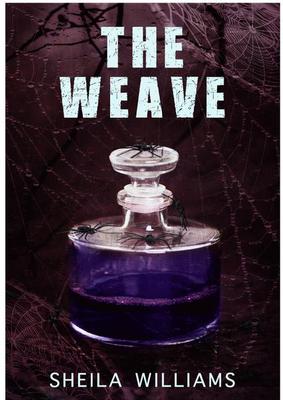 See more by sheila williams
Get it now

Sheila Williams slipped into this world on Guy Fawkes Night, under cover of fireworks and bonfires. Outraged to find other nurslings in the nest, she attempted to return to her own world but found the portal closed.

Adopting a ‘make the best of it’ attitude (which has remained with her to this day) she endured a period of indoctrination to equip her for her place in society. This included learning a language that no-one ever speaks (latinus deadicus) and making complex calculations of no perceivable value (algebraicus complicatus).

Freeing herself as soon as possible from such torture, she embarked on a series of adventures – or to use the vernacular – careers; hospital manager, business consultant, life coach, sheep farmer. She attempted to integrate into society by means first of marriage and then partnered before setting out alone to discover another world, known as France, where she now resides.

Always fascinated by these humans amongst whom she dwells, she has developed an interest in psychology, magic, the supernatural, ghosts, Ghoulies and things that go bump in the night. Dark thoughts and black humour lurk within her.

In her quest to understand this world she pursues knowledge of its history; not of kings and queens but of its ordinary people and how they lived and worked. To this end, she haunts events such as boot fairs, vide-greniers and sales rooms where many ancient artefacts can be uncovered.

Her outlets from this unfathomable world include nature, animals (especially funny videos of), books and writing stories. This latter occupation enables her to create her own worlds, populate them and dispose of the residents as she thinks fit. She finds holding the fate of these poor souls in her hands immensely satisfying.

Should you wish to contact Sheila a message sent to: Sheila@writeonthebeach.co.uk will fly through the ether to her