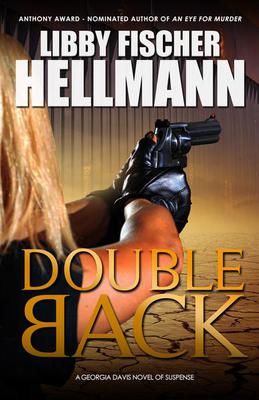 Libby Fischer Hellmann left a career in broadcast news in Washington, DC and moved to Chicago 35 years ago, where she, naturally, began to write gritty crime fiction. Fifteen novels and twenty-five short stories later, she claims they’ll take her out of the Windy City feet first. She has been nominated for many awards in the mystery and crime writing community and has even won a few.*

Her novels include the now five-volume Ellie Foreman series, which she describes as a cross between “Desperate Housewives” and “24;” the hard-boiled now 5-volume Georgia Davis PI series, and four stand-alone historical thrillers that Libby calls her “Revolution Trilogy.” War, Spies, and Bobby Sox, a trio of novellas set during World War Two at home, came out in 2017.

​​​​​​​Her short stories have been published in a dozen anthologies, the Saturday Evening Post, and Ed Gorman’s “25 Criminally Good Short Stories” collection.  In 2005 Libby was the national president of Sisters In Crime, a 3500 member organization dedicated to the advancement of female crime fiction authors. She now hosts a monthly TV show, SOLVED! on the Authors' Voice network, which is broadcast on Facebook Live. More at http://libbyhellmann.com

* She has been a finalist twice for the Anthony, four times for Foreword Magazine's Book of the Year, three times for the Chicago Writers Association, the Agatha, the Shamus, the Daphne and has won the Lovey multiple times.