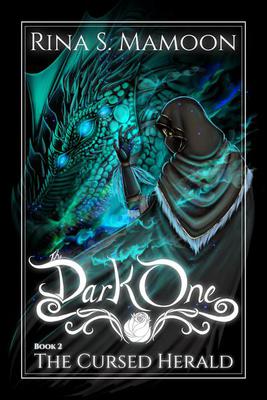 The Cursed Herald: The Dark One, Book 2

See more by Rina S. Mamoon
Get it now

Born and raised in Edmonton, Alberta, Canada, Rina S. Mamoon got into writing at the age of fifteen. Her favourite stories include Hans Christian Andersen’s The Snow Queen and H. Rider Haggard’s She. A fan of fantasy movies like The Lord of the Rings, The Hobbit, and The Mummy. She’s also an avid gamer and a fan of Demon’s Souls, Baten Kaitos, Bloodborne, Dark Souls, BioShock, The Witcher 3, and Fatal Frame.

She had been a part of the Avatar Media Inc. team, as an artist and graphic designer. Rina also has a side gig as a photographer, contributing both photographs and artwork to Adobe Stock.

On August 5, 2013, she embarked on a personal project using a first-generation iPod Touch. It was from there The Dark One was born. The original story and the first remake, which became The Lost & Cursed and The Cursed Herald, were written almost exclusively on that device.