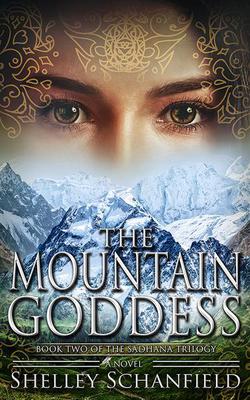 See more by Shelley Schanfield
Get it now

Shelley Schanfield's fascination with Buddhism and yoga arose fifteen years ago, when she and her son were pursuing black belts in Tae Kwon Do in Ann Arbor, Michigan.

Tae Kwon Do, like all the Eastern martial arts, includes techniques developed by Buddhist monks to calm and focus the mind. These techniques proved invaluable when devastating illnesses struck Shelley’s family. She set out to learn as much as she could about the Buddha’s methods and how he developed them. Being by profession a librarian, Shelley immersed herself in research on the time, place, and spiritual traditions that 2500 years ago produced Prince Siddhartha, who became the Buddha. Yoga, in some form, has a role in all of these traditions. While studying yoga’s history, Shelley was inspired to begin her own practice.

Because she loves historical fiction, Shelley looked for a good novel about the Buddha. Unsatisfied with what she found, she decided to write her own. Her research had sparked her curiosity about Yasodhara, the woman who became Siddhartha’s wife. On the night their first child was born, he left her and his newborn son to seek enlightenment. How did she feel about this? Thus began the Sadhana trilogy, three novels about the personal and spiritual struggles of women who knew Siddhartha. The first book, The Tigress and the Yogi, will be released in January 2016.

Shelley hung up her black belt to practice Iyengar yoga. Both disciplines have enriched her life and the fictional world of her books.