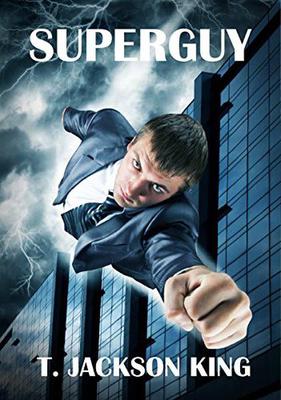 See more by T. Jackson King
Get it now

T. Jackson King (Tom) is a professional archaeologist and journalist. He writes hard science fiction, anthropological scifi, dark fantasy/horror and contemporary fantasy/magic realism--but that didn't begin until he was 38.

Before then, college years spent in Paris and in Tokyo led Tom into antiwar activism, hanging out with some Japanese hippies and learning how often governments lie to their citizens. The latter lesson led him and a college buddy to publish the Shinjuku Sutra English language underground tabloid in Japan in 1967. That was followed by helping shut down the UT Knoxville campus in 1968 and a bus trip to Washington D.C. for the Second March on Washington where thousands demanded an end to the Vietnam War.

Temporary sanity returned when Tom worked in a radiocarbon lab at UC Riverside and earned an MA degree in archaeology from UCLA. His interests in ancient history, ancient cultures and journalism got him several government agency jobs that paid the bills, led him to roam the raw landscape of the Western United States, and helped him raise three kids.

A funny thing happened on the way to normality. By the time he was 38 and doing federal arky work in Colorado, Tom's first novel STAR TRADERS was a stage play in his head that wouldn't go away. So he wrote it down. It got rejected. His next novel was published as RETREAD SHOP (Warner Books, 1988). It was off to the writing races and Tom's many voyages of imaginative discovery have led to 23 published novels, a book of poetry, and a conviction that when humans reach the stars, we will find them crowded with space-going aliens. We will be the New Kids On The Block. This theme appears in much of Tom's short fiction and novel writing.

Tom lives in Santa Fe, New Mexico, USA. His other writings can be viewed at http://www.tjacksonking.com.