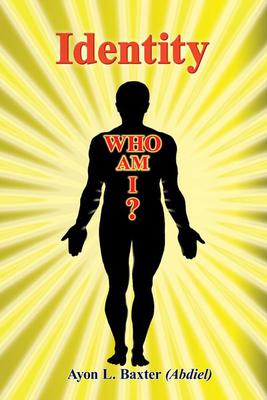 Identity, Who Am I?

See more by Ayon Baxter (Abdiel)
Get it now

He is also a musician, songwriter, and vocalist, and enjoys many genres of Christian Gospel music. He also loves reading and..., yes, you guessed right, loves to write. For many years, he has had this dream of becoming an author, and as a result, he could not resist the urge to write the many articles he has written—of which some are still unpublished.

His mother, a devout Christian of humble beginnings, has lived most of her life through economical, social, and spiritual struggles, yet, with unyielding faith, she holds firmly to the hope of glory to come in Christ Jesus; for she looks for a city, which has foundations, whose builder and maker is God. Her strong Christian convictions, firm discipline, and continual prayers for her children, have greatly shaped Abdiel's life, and have eventually influenced his decision to choose to walk the path of righteousness in Jesus Christ.

He too, has had his struggles and fights in this world. Ayon grew up in a Christian religious home. However, there were problems at home and as soon as the door of opportunity to leave home was opened, "he flew coup" as they would say. He sampled the ways of the world as he drifted little by little away from shore of safety into the sea of confusion, selfishness, and greed.

One day, like the 'Prodigal Son', he came to his senses and considered how empty and unfulfilling the ways of the world was, and he desired something more to live for. That is when the spirit of the Lord turned his mind and heart to God who gave the answer to his longing heart. He observed that this world had very little to offer—comparing it to the multitude of unmatched blessings in God's outstretched hands—he has turned away from its temporal glitters and sparkles, looking in faith to the eternal home of glory.

The rough experiences he has had, God has used only to shape and polish him according to His will, honour, and glory. As he continues to fight with his fingers, pen and voice, he fights the good fight of faith, and encourages others to unite with him, in this army of Jesus Christ, triumphantly winning battles over sin, by God's grace in the righteousness of Christ.

May you find God's richest blessings as you as you journey through the study of His word. God blesses you as you Read and Live.