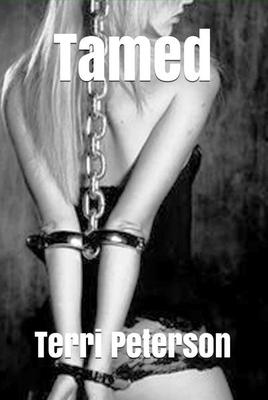 See more by Terri Peterson
Get it now

‘Terri’ - Theresa Anne Peterson, (nee Philips) - was born August 19th, 1969, and spent what she referred to as ‘a miserably failed experiment in tyranny’ at a typical secondary school, where she was bullied relentlessly and made fun of.

She left with no regrets, a handful of qualifications for a career in banking, and bitter memories of time spent being the object of ridicule by her peers.

Being myopic, gauche, skinny and flat-chested, sporting a head of rich auburn hair, made her a daily target for abuse, which she escaped by becoming immersed in the fantasy world of writing short stories.

In 1987, she met and married, Simon Peterson and, in 1989 gave birth to her first daughter, Veronica. Erin, her second, followed in 1991, forcing her to put her career on hold and concentrate on being a full time mother.

Juggling a workload around earning money to keep a roof over their heads, she put together the semi-autobiographical story of a woman whose life mimicked that of her own.

The character Suzy Pym was born and a first novel, ‘Plaything’ was written.