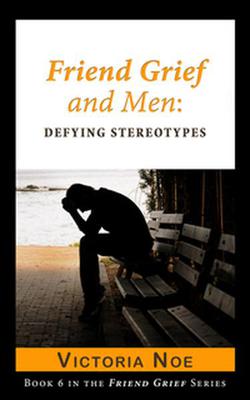 See more by Victoria Noe
Get it now

After earning a master's degree in Speech and Dramatic Art at the University of Iowa, I moved to Chicago, where I worked as a stage manager, director and administrator, in addition to being a founding board member of the League of Chicago Theatres. I was good at fundraising, and branched out on my own, raising millions for arts, education and AIDS service organizations. Later I became an award-winning sales consultant of children's books. But when a concussion ended my sales career, I decided to finally keep a promise to a dying friend to write a book about friends grieving their friends.

That book got out of hand and turned into the Friend Grief series of six small books, which have earned recognition by filling a gap in grief support literature.

In 2015, Library Journal named me their first SELF-e Ambassador. Also that year, one of my freelance articles, "Long Time Survivor", won the Christopher Hewitt Award for Creative Nonficiton.

In 2018, I will release a book that's not part of this series but one that is near and dear to my heart - Fag Hags, Divas and Moms: The Legacy of Straight Women in the AIDS Community - the first book to recognize the accomplishments of these women around the world.

I'm a card-carrying member of the Alliance of Independent Authors, Chicago Writers Association, Chicago Women in Publishing and ACT UP New York (just kidding: we don't have membership cards in ACT UP).

I have no idea what's next, but I hope it's fun.