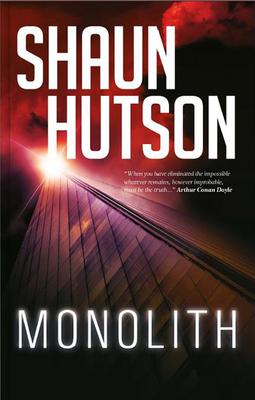 See more by Shaun Hutson
Get it now

Born and brought up in Hertfordshire, Shaun Hutson now lives and writes in Buckinghamshire where he has lived since 1986. After being expelled from school, he worked at many jobs, including a cinema doorman, a barman, and a shop assistant - all of which he was sacked from - before becoming a professional author in 1983.

He has since written over 30 bestselling novels as well as writing for radio, magazines and television. Shaun has also written exclusively for the Internet, a short story entitled RED STUFF and an interactive story, SAVAGES..

Having made his name as a horror author with bestsellers such as SPAWN, EREBUS, RELICS and DEATHDAY (acquiring the nicknames 'The Godfather of Gore' and 'The Shakespeare of Gore' in the process) he has since produced a number of very dark urban thrillers such as LUCY'S CHILD, STOLEN ANGELS, WHITE GHOST and PURITY.  At one time, Shaun Hutson was published under no fewer than six pseudonyms , writing everything from Westerns to non-fiction.

Hobbies include cinema (he has seen over 10,000 films in the last 20 years and cites director Sam Peckinpah as his biggest influence), rock music and slumping in front of the TV.

Reformed alcoholic, Shaun was diagnosed by a psychiatrist as having mildly psychotic tendencies. He is extremely unsociable and used to shoot pistols for a hobby (four perfect qualifications for being a novelist, really.)

Shaun has appeared on and presented a number of TV shows over the years. He has lectured to the Oxford Students Union. He has appeared on stage with heavy-metal rock band Iron Maiden 13 times and received death threats on a number of occasions due to his work.

His work is particularly popular in prison libraries.