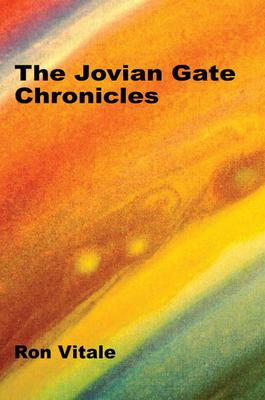 See more by Ron Vitale
Get it now

Born and raised in Philadelphia, Pennsylvania, Ron Vitale was influenced by the likes of J. R. R. Tolkien, Stephenie Meyer and French culture, but has never forgotten his roots, and is a lover of classic literature.

During his early 20s, he obtained a Bachelor of Arts in English Literature and French and then went on to obtain his Master of Arts in English, at Villanova University writing his thesis on a Jungian interpretation of the works of Margaret Atwood and Alice Walker. After graduation, Ron entered the world of medical publishing, utilizing his editing and technological skills. In October 2007, Ron published his science fiction short story collection The Jovian Gate Chronicles that answers the question: What happens when humans cross paths with intelligent aliens who claim to be prophets from God? In the fall of 2008, he released his fantasy novel Dorothea's Song, a tale of a young high school student who copes with his parents' divorcing by dreaming up the story of Dorothea, an elf who lives in the magical forest.

Through 2008 to 2014 he wrote the Cinderella's Secret Witch Diaries series that definitely answers the question: What really happened to Cinderella after she married the prince? And in 2015, Ron wrote Awakenings and Betrayals, the first two books in the Witch's Coven series that tells the story of the witch Sabrina who lives in the magical world of the realms where illusions, magic and an ancient evil reign.

Currently, he is keeping himself busy, penning articles on social media and writing, and on learning how to be a good father to his kids all while working on his next novel.