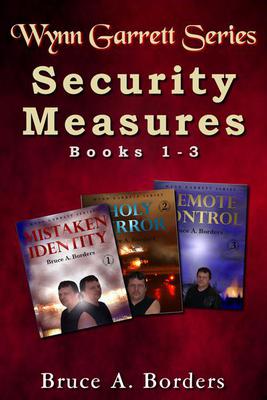 See more by Bruce A. Borders
Get it now

Bruce A. Borders was born in 1967 in Cape Girardeau, MO. Bruce’s childhood years were spent in a number of states, including Missouri, Oregon, Wisconsin, and Wyoming.
During his high school years, he was a member of the football, basketball and track teams, involved in various non-athletic activities such as school yearbook production and photography, and won numerous awards for his artistic creations. Bruce graduated Valedictorian in 1984
While in school, Bruce held three part-time jobs; a store clerk, a janitor, and a dental technician, working about 60-70 hours per week. After graduation he became employed full time as a dental technician. Other jobs have included restaurant manager, carpenter and grocery store cashier. For the past sixteen years, he has worked as a commercial truck driver, logging more than two million miles.
At the age of fifteen, Bruce decided to become a writer. He began by writing songs, news articles and short stories. Eventually, books were added to the list. Over the years, he continued to write and currently has a catalog of more than 500 songs, numerous short stories and over a dozen completed books. He writes on a variety of subjects such as the Bible and politics, as well as fictional novels of legal issues and westerns. Titles include: Inside Room 913, Over My Dead Body, Miscarriage Of Justice, The Journey, and in The Wynn Garrett Series - Mistaken Identity, Holy Terror, Remote Control, Judicial Review, Even Odds, and Safety Hazard.