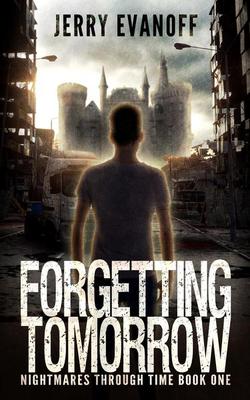 See more by Jerry Evanoff
Get it now

Jerry Evanoff decided a few years after his 40th birthday that he wanted to write. After writing about Big Brother (yep, the TV show) for many years and thinking up scenarios where he was the hero in everyday life situations (like thwarting a bank robbery or saving a kitten), he decided to write a series about something he wished he could do.

He sat down at his keyboard and almost three years later, he had his masterpiece.

In his regular life, he has dogs and will always have dogs.

I feel like I'm writing a terrible match.com profile, but for some reason, I'm writing it in the third person. From here on out, I'm doing this in the first person.

Anyway, in my other life, I'm a web developer. I teeter that line between complete and utter nerd and non-nerd.

If I'm not outside golfing (which is pretty much the only time I go outside), I'm probably at my computer checking my fantasy football scores, eating chicken quesadillas and watching MST3K or Rifftrax.

I decided to write one day while I was reading the I Am Number Four Series. A major character was killed off, and I said out loud: "I can write better than that!"

Whether or not I did is a question I will go ahead and answer myself: Probably not, but according to my mom, I'm a genius.

But I think legally she has to say that.