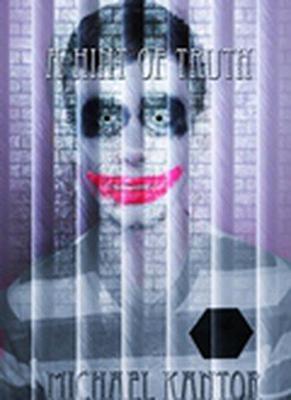 A Hint of Truth

See more by Michael Kantor
Get it now

'm Michael, sometimes oatmeal, other times gravy.
I'm 18, published two books, and run a company called EmpathyNYC. We find talented artists, help them up off the streets, and place them into studios, events, and videos to pursue the dream. Exposing their talents to the world, we give them a chance and a place in society. Basically, we're fricking awesome. I know I'm a writer, and that's not a word, but words are words, they're what you make them.
You don't get many chances. If anything, they often come with a whole list of caveats that you're not always sure you could live up to, unless of course you're either very foolish or very brave. I try not to think of myself as brave, rather I see it like this, if they can do it, why can't I? All of my junior year I was seeing a number of unknown people go from nothing to stardom, and I wondered to myself, 'how was it possible?' I wanted it as much as they did, I grew up on welfare, lived in an apartment that was infested with rats, bugs, and dander with my three brothers, my sister, and my parents up until I was in High School. It was bad, but it gave me prospective. There were other people who had gone through the same experience, or who still was going through it and they needed help. When I did finally move, it wasn't a big change, but it did give me a productive environment to work in. I read more actively, became fit, took my classes seriously, and honed my writing, social-media, and business skills. In 2012, I took the next big step, and it was really more like a leap if anything.
I had become interested in a number of social media outlets, Instagram, Twitter, Tumblr, you name it. Instagram and Tumblr, in particular were excellent outlets for me to get my work out, whether it was in photography, writing, or even some knowledge I had picked up on. I had begun to build my very own community, and I hadn't even known it. With a whooping thirteen thousand followers, there were a number of people looking forward to my next posts. I wasn't Mark Zuckerberg, and nor did I ever have any interest in making a network of any kind. I wanted to take what I had created, and turn it into an organization. So, on October, 2012, the unofficial brand, EmpathyNYC was born. We would take determined people who were talented in their field, whether it was art, music, or dance and give them a spotlight.