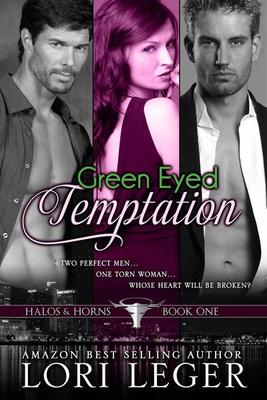 See more by Lori Leger
Get it now

Lori Leger is a wife, mother, doting grandmother, and Mistress of Procrastination. She lives in Louisiana with the love of her life, her very own Studley-do-Right. He’s earned his spot in the Keeper Husband’s Hall of Fame by allowing her to walk away from an eighteen year career as an Engineering Technician in Road Design to stay home and write.

She adores writing stories set in her beloved south Louisiana, where good Cajun cooking, helping your neighbors, and saying y’all is as normal as hurricanes, heat, and humidity. She figures as long as she’s not tunneling through ten feet of snow to get to her car, it’s a perfectly acceptable trade-off.

Lori has nine novels published in two series: La Fleur de Love and its spin-off, Halos & Horns series. She also has five short stories published in the multi-authored Seasons of Love seasonal anthology series. Four of the stories are combined in her novel, Full Circle Love.

She’s contributed to the Sweet & Savory Cookbook of Amazon Authors, published by Top Ten Press. Lori also has an article published in the non-fiction book Writing After Retirement: Tips From Retired Writers, published by Rowman and Littlefield Publishers, and edited and compiled by Carol Smallwood and Christine Redman-Waldeyer.

Running Out of Rain is Book 1 of Prime of Love Series, novels dedicated to mature characters finding love and laughter through the everyday twists and turns of growing older. She has a second planned for a fall 2015 release date, and a third set for the summer of 2016.