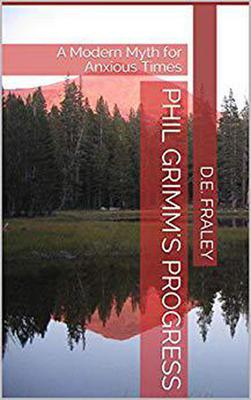 See more by D.E. Fraley
Get it now

Doug Fraley is the author of Phil Grimm’s Progress, a modern myth for anxious times.

Doug's writing explores the space where story meets science, philosophy, and consciousness. You can find him poking beneath and behind the obvious, squinting at possible distortions between him and the apparent.

Outside reading and writing, Doug's curiosity involves a lot of play - singing, coding, cycling, kayaking, and touring Europe in a VW camper van.

Doug grew up near the Ohio River, forty-five miles downstream from Pittsburgh, and now lives in London, England, sharing life with a lovely girlfriend, three teenage sons, and a fluffy black dog.