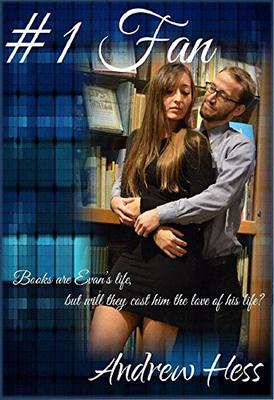 See more by Andrew Hess
Get it now

Andrew Hess, New York’s King of Cliffhangers, found his love of writing while studying psychology at SUNY New Paltz. His debut book, Chamber of Souls (2011), depicted the life of a broken man wallowing in self pity. Using free verse poetry, he brought his character to life while journeying to find himself.

Hess picked up his first cliffhanger credit in 2013 with The Phoenix Blade Series (winner of Best Series Award in 2014 by Indie Author Books). The Phoenix Blade showcased a group of vigilante 20 year olds hired by the government to rid the country of the men and women who have evaded justice.

Hess continued his route down the path of mystery and suspense with the Detective Ryan Series, the Detective Thornton Series, and #1 Fan, which earned him the moniker King of Cliffhangers by several readers including the Fire & Ice Book Reviews.

Andrew has been nominated for Best Male Author, Best Mystery Suspense Author, Book of the Year, and Best Mystery Book (2015) for Campus Killer/
By Wickedly Devine Divas, The Three Bookateers, & SNSBAH Promotions
He was also nominated for Book of the year, and Best Mystery Book of 2015 for Campus Killer
In 2016, he was nominated for the Summer Indie Awards in the Contemporary (#1 Fan), Crime ( Conviction, and Deadly Games), Mystery (Campus Killer, Scorned, and Conviction), Romance (#1 Fan), and Anthology (Detours in Our Destinations)
Hess is also an avid blogger at The Writers Revolution (http://thewritersrevolution13.blogspot.com) and Between the Coverz (https://www.facebook.com/betweenthecoverz) where he promotes and interviews other authors, as well as reviewing books of all genres.