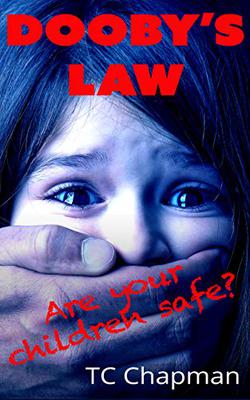 Dooby's law: Are your children safe

See more by T C Chapman
Get it now

Honesty and integrity, it’s all there is.

Tom was born in the coal mining area of  England. He worked in the mines for a while, but he soon realized he was not bred for it.

He lived in Western Australia with his wife, and their two children for many years. He met Patsy when they were both nineteen, and they were married for thirty-six years.

He started writing late in life, he wrote ‘Broken lives” a story of his own life, and five books in the three years that followed.

He wrote Dooby’s Law, and the character of Todd Dooby has stayed with him; he is writing his third Dooby novel and he cannot seem to leave him behind, he refuses to leave.

The name came from music playing in the background when he was writing one day, a song from the sixties group called the Dooby brothers, I doubt anyone remembers them.

Dooby was a Detective Sergeant turned pedophile hunter, he is a damaged and disturbed man from his own experiences, and when he was confronted with evidence of a pedophile ring, he had to find them all and close it down.

Tom dislikes any kind of excess and he is passionate about nature and the environment..

When he lost Patsy to a brain tumor, he took a plane to Thailand and roamed around Asia. When it came time to return to his life in Australia, he decide he wanted a different life. He had found contentment in the Asian culture and stayed. He finally settled in the Philippines and is still there today writing on any beach he can find, and there are many.

He still misses Patsy and lives with the memories every day and that has to be enough.

Tom’s interests are writing, cooking, and horse racing, not in any particular order.