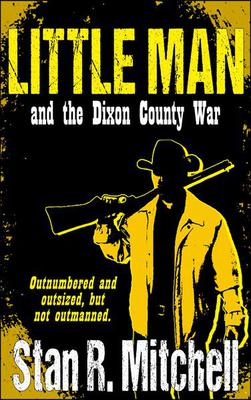 See more by Stan R. Mitchell
Get it now

Stan R. Mitchell earned a journalism degree from the University of Tennessee and spent 10+ years in the newspaper business. Prior to college, Mitchell left home at the age of 17 to join the Marines.
​​​​​​​

Despite scoring high on the military entry exam, Mitchell wanted to join the infantry, demanding it be guaranteed in his contract before signing the papers. His Marine recruiter claimed - probably falsely - that there were no infantry slots available, but that he could get Mitchell an intelligence slot. Mitchell, despite wanting to join the Marines more than anything else, began meeting with an Army recruiter, even doing a high school training event with the unit.
​​​​​​​

Thankfully, the Marine recruiter found a guaranteed infantry slot and Mitchell went on to spend four years with Alpha Co., 1st Battalion, 8th Marines. He earned a Combat Action Ribbon in 1997 for a mission into Albania. (Operation Silver Wake.)
​​​​​​​

Besides this mission into harm's way, his platoon also served as the Covering Force for the elite Marine Force Recon Unit that deployed with the 26th Marine Expeditionary Unit, Special Operations Capable (MEUSOC). In addition to working with Force Recon on ship takedowns, urban operations, and hostage rescue, his platoon had the privilege to operate with the Navy Seals.
​​​​​​​

You can learn more about the author at http://stanrmitchell.com.