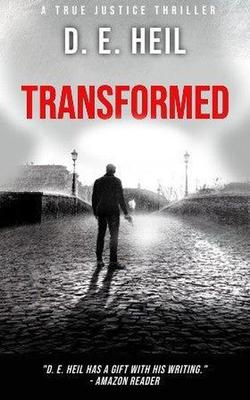 Dale Heil was born on a wintry day in Pittsburgh in 1956. His mother was perpetually late for important appointments, and in keeping with her tardy nature, never spent more than 20 minutes in a hospital before birthing any of her four babies.

He received an undergraduate degree in Psychology from Slippery Rock University, spent an adventurous winter in Aspen, CO as a ski bum, and then attended the National University of Health Sciences (NUHS) in Lombard, IL where he received a BS in Human Biology and Doctorate in Chiropractic.

In a tremendous stroke of good luck, the best luck he has ever had, he met his wife, Maria, who lived in nearby Wheaton, IL.

Heil has supported his wife’s activism on behalf of the Second Amendment since the year 2000. Currently, she is a Member of the Board of Directors of the National Rifle Association.

It is through his close association with Second Amendment issues that he has gained great insight into the world of ordinary Americans who willingly accept the responsibility of providing protection for themselves, their family, and their communities.

Because of his fellowship with typical yet remarkable Americans, the True Justice series of novels was born.

In addition to writing fiction as well as non-fiction books, Dr. Heil recently obtained a Master’s degree in Industrial and Organizational Psychology.

He and his wife continue to live in Pennsylvania where they raised their four children.