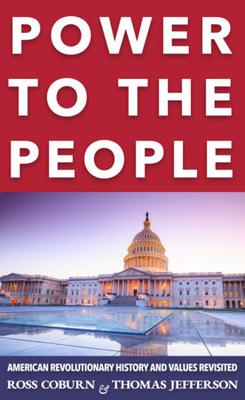 Power To the People

See more by Ross Coburn
Get it now

My name is Ross Coburn. I am a writer, self-publisher and aspiring social media founder from Montréal, Québec, Canada.

I am also neuro-atypical, being both on the Autism spectrum (opinions vary as to just where and any diagnosis came much too late in my life to matter much in any event, other than to give friends and family cause to nod sagely and tell me they're not surprised), Hyperlexic, which ordinarily wouldn't be of much use once I did learn to read and write, however unusually early in life (age two) but, in my case, I suspect might play a role in some of my lingually slurvy talents, and saddled with other, less pleasant labels such as BPD and social anxiety disorder.

None of which really explains my by now predictable talent for putting together widely disparate facts and concepts in new and occasionally significant or relevant ways. I have a few additional thoughts concerning this topic but, I hasten to point out, not the slightest grounding in any relevant neurological or cognitive sciences.

This is no accident. I've developed a healthy respect for what I believe to be my subconscious mind's penchant for seizing on some concept or topic and obsessing over it behind my back, as it were. When that topic is one of interest to me, it can result in apparently unnervingly quick relating of otherwise disparate facts or ideas, effectively presenting me with fully-formed ideas or observations which occasionally prove to have significance to people who have studied or practice the subject matter in question.

But, should it seize upon some stray fact or theory concerning matters of, for example, neuro-atypical diagnosis or (likely mis-) understanding of mental illness, then I may instead be presented with a uniquely unpleasant and difficult to shake type of hypochondria, whatever fragment of scientific research material or utterly uninformed notion I'd tripped over having screwed itself down tightly, as it were, again while I wasn't looking.

The term Savant Syndrome has been advanced, though I refused to be poked or prodded any further on the subject, but if it is in fact somehow related to that less than fully understood manifestation of uncanny talent, typically as I understand it involving counting, grouping, associating... Then I may have some insight worth at least some consideration by actual scientists in the relevant fields.

Or I could be following my navel-gazing tendencies towards the cliff's edge, which is another reason that I rarely dwell on these idea(s).
​​​​​​​
As to my skills as a writer, two decades of intensive, extended immersion in what would come to be labelled as social media has left me with a number of bad habits which I am working to correct, so I'm not as polished or organized as I should be, all things considered, though I'm not a total hack or anything.