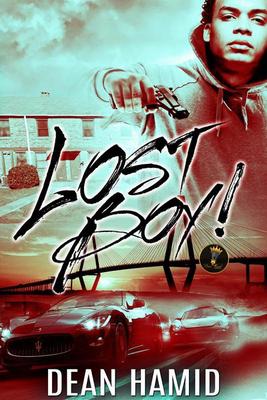 See more by Dean Hamid
Get it now

The author Dean Hamid was born and raised in Brooklyn, New York.  In his youth he would read the works of Donald Goines, Iceberg Slim, as well as Richard Wright, throwing in the poetic banter of James Baldwin over and over while hiding these books tucked away from his parents. Growing up in New York City’s hardcore Bushwick-Hylan Projects, his writing is not necessarily intended to glamorize the quote-unquote gangsters, or even the street life; but to emphasize the presence of the drama that was involved and surrounded around it.

In the past ten years, he’s been writing articles, commentaries, short stories, and has managed to write five novels; Hell's fury in Alphabet City, Lovin Safari, Lovin Safari II, Lost Boy, and Cold hard wind. Given the opportunity to correspond with published authors, its been said that his work swings towards what is described as Urban Fiction Drama genre, with a strong propensity towards a slick old school literary voice.

Dean Hamid started writing under his own title, Dean Hamid Presents, and hasn't looked back since. He works hard and tirelessly to keep his work as professional, and gritty as it can be, but yet stay literally solid. His work successfully proves and drives home this point. He looks forward to creating a legacy for himself in the Writing community as well as the Publishing business.