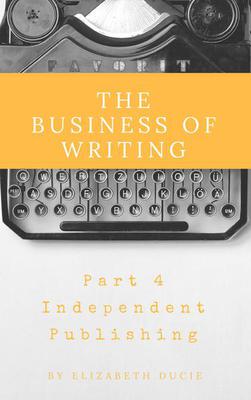 See more by Elizabeth Ducie
Get it now

Elizabeth Ducie was born and brought up in Birmingham. As a teenager, she won a holiday to France, Spain and Portugal for writing essays and poetry in a newspaper competition. Despite this promising start in the literary world, she took scientific qualifications and spent more than thirty years as a manufacturing consultant, technical writer and small business owner, publishing a number of pharmaceutical text books and editing a technical journal along the way. She returned to creative writing in 2006 and since then, she has written short stories and poetry for competitions — and has had a few wins, several honourable mentions and some short-listing.  She is also published in several anthologies.

Under the Chudleigh Phoenix Publications imprint, she has published one solo collection of short stories and co-authored another two. Her debut novel, Gorgito’s Ice rink, was published in 2014; it was runner up in the 2015 Writing Magazine Self-Published Book of the Year Awards.

Having left Birmingham to study in London, Elizabeth lived for more than twenty years in Wilmington, Kent. In 2007, she moved to Devon, where she lives with her husband, Michael, in a converted granary sited picturesquely on the banks of, and occasionally within the path of, a small stream. In 2012, she closed down her technical consultancy in order to concentrate full-time on her writing.

When she is not writing, Elizabeth is a keen reader and singer (she is a member of two local choirs). She also enjoys live theatre of any kind and shares with her husband a love of fine dining and is a real sucker for the kind of country house hotel where you can kick off your shoes and curl up with a book in front of a log fire. She would like you to believe she is also a keen walker, enjoying the beauties of Dartmoor and the South Devon coastline—but, as a writer, she’s good at making things up.