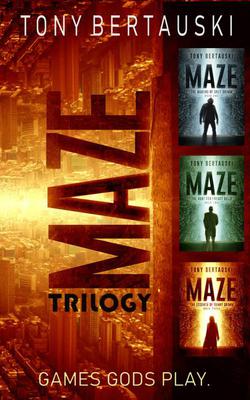 See more by Tony Bertauski
Get it now

I grew up in the Midwest where the land is flat and the corn is tall. The winters are bleak and cold. I hated winters.

I always wanted to write. But writing was hard. And I wasn’t very disciplined. The cold had nothing to do with that, but it didn’t help. That changed in grad school.

After several attempts at a proposal,  my major advisor was losing money on red ink and advised me to figure it out. Somehow, I did.

After grad school, my wife and my two very little children moved to the South in Charleston, South Carolina where the winters are spring and the summers are a sauna (cliche but dead accurate). That’s when I started teaching and writing articles for trade magazines. I eventually published two textbooks on landscape design. I then transitioned to writing a column for the Post and Courier. They were all great gigs, but they weren’t fiction.

That was a few years later.

My daughter started reading before she could read, pretending she knew the words in books she propped on her lap. My son was a different story. In an attempt to change that, I began writing a story with him. We made up a character, gave him a name, and something to do. As with much of parenting, it did not go as planned. But the character got stuck in my head.

A few years later, Socket Greeny was born. It was a science fiction trilogy that was gritty and thoughtful. That was 2005.

I have been practicing Zen since I was 23 years old. A daily meditator, I wanted to instill something meaningful in my stories that appeals to a young adult crowd as well as adult. I hadn’t planned to write fiction, didn’t even know if I had anymore stories in me after Socket Greeny.

Turns out I did.