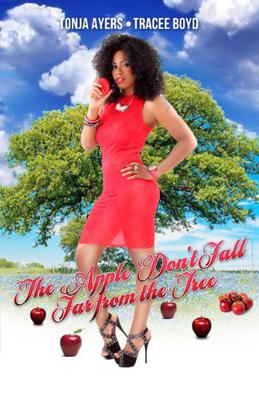 The Apple Don't Fall Far from the Tree

See more by TONJA AYERS
Get it now

Tonja Ayers credentials as a business woman boast of skills as an author, publisher, playwright, wardrobe stylist, retailer and filmmaker. "The Shoe Lady," as she is so openly called, crafted her first business in retail in 1995 and has snowballed into many other industries of trade, including entertainment. Her biggest business success is her intricately named and crowned shoe store, The Shoe Lady, which opened April 14, 2000 in Detroit, MI. The Shoe Lady offered the brash style of the wealthy with the affordable price of the budget conscious shopper.

After many years in the retail world, Tonja decided to enter the world of publishing.  Although she wasn't too familiar with the prowess of being a published author, she tried her hand as a writer. Today, Tonja is a published author and founder of Emperial Publishing. Her first book, “A Ho Needs to Stay in a Ho’s Place” came about after listening to her customers tell their stories of infidelity. That sparked an idea in Tonja’s head to write about the topics her customers would talk about most often. As of today, she has a total of eight published books which are available in print, digital and audio format on www.TonjaAyers.com.

In May of 2014, Ms. Ayers produced her first stage play titled ‘Stay in Your Place’ which was based on her first book and debuted with two sold out shows. In February of 2015, ‘Stay in Your Place’ was nominated and selected by the Urban Playwrights United (UPU) Michigan Chapter to return to the stage November 14 & 15, 2015 while filming the movie version of Stay in Your Place. The movie premiere will be held November 5, 2016 in Detroit, Michigan.