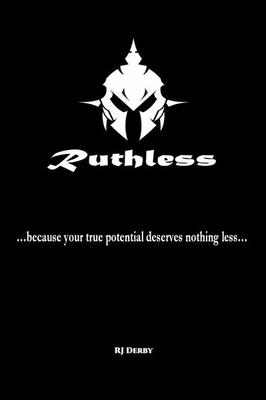 See more by RJ Derby
Get it now

RJ Derby shamelessly declares himself as an advocate for men. He will outrightly admit to anyone who asks him that he was once what he refers to as a tyrant who thought he knew it all but really knew nothing.

The realisation that he was a “tyrant” rather than a “King” created a shift in Derby’s mind and made him want to start discovering what it really meant to be a real man in today’s chaotic world. Because with the many inward disagreements and conflicts he was suffering, he knew he wasn’t the man he was supposed to be.

After attaining a diploma in psychology and studying leadership and confidence building skills, RJ began teaching men how they could better themselves by becoming better men. He focused mainly on telling them to step up and become the alpha male. He tried to direct the “less” masculine men towards understanding the difference between the fake alpha males (which he refers to as the “jerks”) and what he deemed to be a “real” alpha male.

As time went on, although he still somewhat holds true to what he taught in the beginning, he has also come to understand that too many men in the world today are focusing on trying to become an alpha. This, unfortunately, according to Derby, has resulted in men becoming more jerks and less than what a man ought to be.

‘I believe this stems from the fact that the term “Alpha Male” has been so overused in our society that is causing many men to regress rather than evolve because they are searching for a secret ingredient that will shoot them into finding their manhood,’ RJ states. ‘There are so many coaches trying to force men to become something that in all hindsight just does not fit the way the world has become nowadays. The alpha male, the actual term, in my opinion, is dead and needs to be laid to rest.’