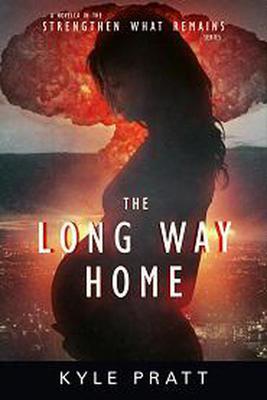 See more by Kyle Pratt
Get it now

Kyle Pratt is the award-winning and bestselling author of post-apocalyptic, science fiction and speculative fiction novels, novellas and short stories.

Through Many Fires is the first book in a post-apocalyptic series released in paperback, Kindle and on Audible in August 2013. Within two weeks the novel appeared on the Kindle Science Fiction Post-Apocalyptic list, reaching #10, and reached #1 on the list on December 2, 2014. Through Many Fires has earned its way to the #1 spot on the Kindle Dystopian and Military list, and #39 on the Mystery, Thriller and Suspense list.

Kyle grew up in the mountains of Colorado and earned an Associate in Arts degree from Mesa State College in Grand Junction.  When money for college ran low he enlisted in the United States Navy as a Cryptologic Technician. "I thought I would do four years and then use my veteran's benefits to go back to college," he once said.

Even before he retired from the service he wrote short stories. In July of 2012 his debut novel, Titan Encounter, a science fiction space adventure, came out on Kindle and later in paperback. His second book, Final Duty - The Speculative Fiction Anthology, was released in January of 2013.  The anthology is regularly updated with new short stories and samples.

Today, Kyle and Lorraine live on a small farm in Western Washington State.  Kyle believes the future of publishing is digital.  You can easily find and follow him online.