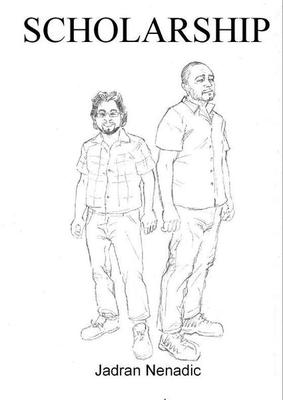 See more by Jadran Nenadić
Get it now

Jadran Nenadic was born on May 15, 1988, in Split, Croatia.  He went to Elementary School Kman-Kocunar where he built airplane and rocket models, as well as participated in the competitions regarding the same.

When he was in sixth grade he had an accident when football goal made of iron fell on him on the school football field.

The struggle for his survival ensued as well as a long road to recovery because he had to start from zero. His will to survive took over, but it took him many years to catch up to his peers.

He later entered High School for Graphic Design where he took initiative and started monthly paper called “Small Break.” After founding the school paper and before finishing his high school education he left foundation for school radio to be formed. Because of his work and drive to succeed he was awarded commendations from the school and student boards as well as automatic graduation.

Jadran started writing because he was slow to read which was also difficult at times. After his accident, remembering what he had read and focus to read were diminished so much so he couldn’t even read books even for entertainment much less his own satisfaction, so he switched to writing.

In 2013 he went into a comic strip creation workshop at a Studio-21 gallery where he became an active member and volunteered at over a 100 exhibitions, workshops, and cultural events.

It was at Studio-21 gallery he had two self-exhibits, one of which was a sea shell exhibit; and Scholarship which is his first novel.