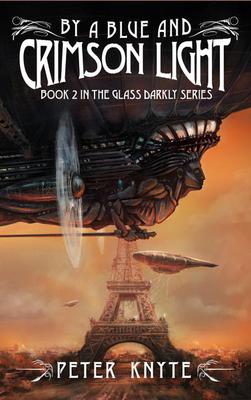 See more by Peter Knyte
Get it now

Peter was born and grew up in North Staffordshire, England, but now lives a bit further north in West Yorkshire, where by day he passes himself off as a mild mannered office worker, while by night he explores whole worlds of imagination as an intrepid writer.

When not tapping away at my keyboard he spends his time gardening, walking, rock climbing, snowboarding and cooking.

As for his writing, his time is currently divided between three projects:

- The Flames of Time trilogy - A three volume vintage styled action adventure story set in the 1930s. Featuring hidden temples, lost secrets and mysterious religious organisations. Set against the backdrop of West Africa, Jerusalem, Athens, Rome, Istanbul and India - the third and final part of which is out in mid 2018.

- The Glass Darkly series - A Retro science-fiction story set in a multiverse plagued by creatures form another dimension, where the characters from a world like our own, but not quite our own, explore the strange dimension between worlds in order to try and save their own world from a mysterious and potent invader. The first book 'Through Glass Darkly' and the second 'By a Blue and Crimson Light' are out now.

- The Ghosts of Winter - The first tale within a period ghost story series (more H.P. Lovecraft or Algernon Blackwood than Stephen King).

When the grainy photograph of a remote high-mountain valley comes into the hands of young wanderer, it ignites an inexplicable fascination within him to find the location shown in the picture, even though it is rumoured to be a dangerous place never touched by the warmth of summer, and which holds traces of antiquity and dreams of what once were.

For more information about me and writing visit:

In summary Peter likes his vintage settings, from when the world was perhaps a slightly more innocent and stylish place, and writing stories that make you think. . . just a little bit.