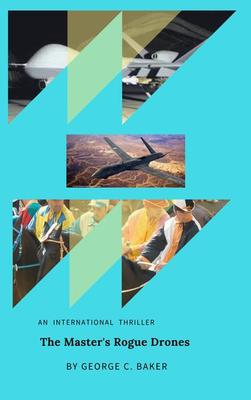 See more by George C. Baker
Get it now

Born and raised in a large family in Lakeview, NY, George was the oldest with five younger sisters in a traditional German-Irish Catholic home. His family travelled and camped extensively.  George was a very active Boy Scout and relished the numerous expereinces of scouting. A tennis prodigy George played tennis in juniors, high school, college and a brief time as a professional.

Since he started his 50 year educational career, George has taught AP History and AP Macroeconomics and served as an administrator in New York, California, Arizona, Maryland, Hawaii and the Netherlands at the American School of The Hague. Over those  years, he has served as History Department Chair, Division Head at the middle and high school level, Assistant Headmaster, and Headmaster.

In 1977 he received a U.S. State Department Economic Fellowship to Greece.  In 1995 he served on the United Nations delegation to the Russian Ministry of Education visiting ten pedagogical institutes throughout Russia. George has served on the Harvard Graduate School of Education National Advisory Board (1995-2006) & as Co-Chairman (2000-2006).  He has served on the Federal Reserve Bank Economic Education Committee and the ASCD National Health Education Committee.  It is rare to find an educator with the breathe of experience including: Catholic K-8; Coed Public 6-8; International PreK-12; Coed Independent PreK-12; All Girls 4-12; All Boys K-8; and Episcopal PreK-12. George's last position as Headmaster (2005-2014) was founding of a coed prek-12 independent school on Maui.  He currently lives with his wife in Maui, HI.  He has two sons and four grandchildren living in Arizona.

Most recently George has involved himself in producing, showing and selling wire sculptures in an Maui Upcountry Gallery.  He has completed book 1 of an outlined 6 book series of international intrigue thrillers.  A world traveler, George has lived abroad (Vietnam, Germany, Netherlands, and Greece) for six years and visited 132 different countries. He is a Bronze Star recipient and decorated veteran of the Vietnam War, certified scuba diver, enjoys tennis, standup paddlimng, surfing, kayaking, snow skiing and rock climbing.

George writes in the thriller genre with detail much like Tom Clancy, and draws upon a wide range of travel expereinces to enhance his writing.