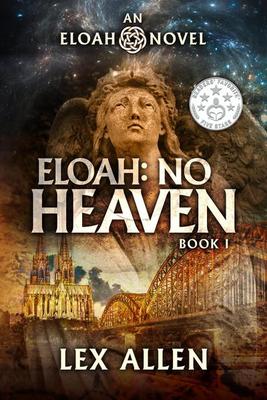 See more by Lex Allen
Get it now

For a kick, I had my fortune told when I was sixteen. Some folks will claim ‘self-actualization’ made the fortune teller’s predictions come true. Well, the number of marriages, careers, etc, could be generated by the subconscious, but the number and gender of children, or the number of times I would escape certain death? I think not. With one exception, everything she prophesied has occurred.

I joined the Army at seventeen and that became my first career. My second career was civil service with the Department of Defense. From a total forty-three years of federal service, I served thirty-six of those in Germany. Throughout most of those years, I performed with a semi-pro band. After a recording contract and awards as ‘best band’ and ‘best album’ from the European Country Music Association, I thought music might be the foretold third career. We got close, but no cigar.

I took an early retirement from civil service four years ago to pursue a lifelong dream of writing. In 2011, I published the first book of The Imagine Trilogy,No Heaven, and followed that with No Hell (2013) and No Religion (2015). They’ve done okay, but I needed professional guidance if I planned on growing as a writer. Fate came to the rescue as Evolved Publishing. I’m confident my third career has arrived.

My religious conspiracy thriller series kicks off in September 2016 with Eloah: The Druids (a short story), and the first novel, Eloah: No Heaven. Eloah: No Hell comes out in October, and in November, Eloah: No Religion, along with the series paperback, Eloah. Audiobooks and foreign translations will be published as they become available throughout 2017.

If you’re curious about the “number of times I escaped the jaws of death,” you can read about each in my next full-length novel, Boomer (An Eloah Novel), coming in the fall of 2017. Curious about the final prophecy? “Late in life you will come into great sums of money and fame.” I don’t doubt the oracle, but I’ve always wondered—when is late in life?