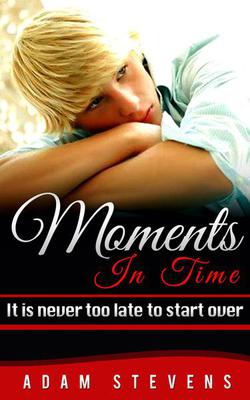 Moments In Time: It is Never Too Late To Start Over

See more by Adam Stevens
Get it now

Writing was Adam’s hobby. The voices in his head are constantly battling to get out, often leaving him working on four or five different books at once. He can’t help but write. When he discovered he was actually good at writing, it became a full time passion that often interrupts his full time gig Teaching English as a Foreign Language.

Along with his writing addiction he has a serious caffeine addiction. Some nights, the only reason he stops writing and goes to sleep is for the fresh brewed coffee in the morning. Teaching English in China, there are serious challenges living in a rural seaside holiday resort to find good coffee.

As an Author, Adam Stevens skillfully writes with a relevant, compelling and believable ability to articulate the emotional context of each character. He will captivate and engage you, in an addictive manner that will make you yearn for the next paragraph, page, chapter, and book.

As a Gay Coming of Age slash Gay Romance Novelist, he has a brilliant magic with words that will draw you into his works with an almost addictive seduction. Each character’s personality jumps off the page and into your heart.

Moments In Time: It is never too late to start over

Moments In Time Detours: Sometimes the wrong way can be the right way

And then the timeline spins off from other characters in the Moments In Time series:

Each of these three novels are set on the Homeless Youth Ranch founded in Brown: Reconnect.

Just In Time (Justin and Tim)

In the Nick of Time (Nick and Tim)

Just In the Nick of Time (Justin, Nick and Tim)