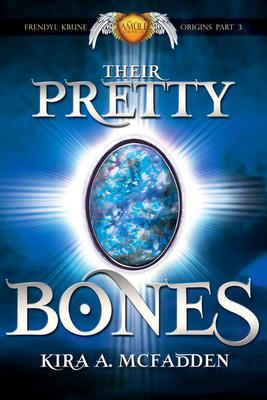 See more by Kira A. McFadden
Get it now

I began telling stories before I could put pencil to paper. In the beginning, my tales revolved around princesses and knights, dragons, space ships, and epic battles. For over the last decade, however, my concentration has been solely on the creation and completion of The Soulbound Curse. Since beginning this massive project, I’ve filled notebooks, sketchbooks, and hard drives with pictures, notes, languages, and pages upon pages of drafts for the "Amüli Chronicles," which I expect to someday surpass the 20-book mark.

At the moment, I’m working on the sequel to "The Soulbound Curse," to be called "The Soulless King," in which new characters will appear, old ones will return, and the story of Clae, Marik, Eti, and Lothar will continue. I’m also hard at work on the first of my Middle Grade Fantasy series, "Frendyl Krune and the Blood of the Sun." Plans for more tales from Inrugia are scattered across my desk, such as the Young Adult Fantasy trilogy about Jartia and Christopher, Draemyn Pex’s notebook during the Transition, and the tale of Lothar and Marac in the Pre-Transition Era.

I live in Loveland, CO, with my beloved Micahl and two Cori catfish.